As a mother of children you will no doubt have come across the weird world of Doctor Who. Starring a shape shifting, time-traveling alien known only as the Doctor as he battles monsters, meets historical personages and saves the Earth, the series premiered in 1963 and will be celebrating its fiftieth anniversary this year. During its half-century of existence it has racked up a legion of followers, and even if you are not one of them already your children may well be.

If you are unfamiliar with the basics, the original series of Doctor Who ended in 1989. An unsuccessful pilot for a new series was aired in 1996, and the series was finally revived in 2005. 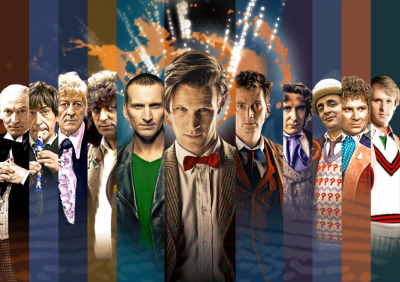 The television series is only half of the story. The franchise also includes two spin-off series aimed at different age demographics, a pair of big-screen features starring Peter Cushing, a range of audio stories for radio and CD, several cartoons, a long-running comic and, most of all, a vast range of novels. In light of the 50th anniversary of Doctor Who you will be able to find special Doctor Who audiobooks as well as books and novels.

The Real Doctor Who Series

The first great flowering of Doctor Who novels came when the novels were published by Target. These have their fans today, but as they are merely re-tellings of stories from the television series they are now somewhat redundant in the era of DVDs. Anyone wishing to sample some of the novels which boast original Doctor Who stories should start by taking a look at the two lines put out by Virgin Books: the New Adventures and the Missing Adventures.

Both lines began after the original series had ended in 1989. The New Adventures picked up were the television stories left off, and charted the continuing exploits of the Doctor as played by Sylvester McCoy – at the time the seventh and final actor to perform in the role. The Missing Adventures series, meanwhile, told new stories about the first six Doctors, designed to fit in between the episodes on television.

A Note to Parents

A key thing to remember about the Virgin novels is that they were targeted at a somewhat older audience than the family-focused television series. If you obtain any of the books then you are advised to read them first before letting your kids experience them as not all of them will be age appropriate. Even if these are Doctor Who adventures which you will have to keep to yourself, however, they will help you see the series in a new light and better enhance your enjoyment of the more family-friendly stories with your kids.

After the 1996 pilot starring the eighth Doctor, Paul McGann, the Virgin series were replaced with two equivalent lines: the Eighth Doctor Adventures and the Past Doctor Adventures. The current television series brought with it a new line of books targeted squarely at younger readers – the perfect things to buy for your kids while you enjoy the more adult stories. These latest novels are also available as audiobooks, which will be suited to long journeys by car.

Have you ever watched Doctor Who? What did you think about it?

ShareTweetPinPocketMail
5 Ways to Protect Your Skin from the Elements of Life
I Love You, Little Bird I Pad App