I hope you are not tired yet of me telling you about The Avengers! I had the most amazing time while in New York. I think one of my favorite highlights was interviewing both Cobie Smulders and Tom Hiddleston. Cobie plays S.H.I.E.L.D. Agent Maria Hill. I can tell you that she ROCKS that movie y’all!

When Cobie entered the room, her first reaction was to tell us all how amazing we looked! She was instantly at ease once she noticed we were all dressed up just like her since we all were heading from the interview straight over to the Red Carpet event. 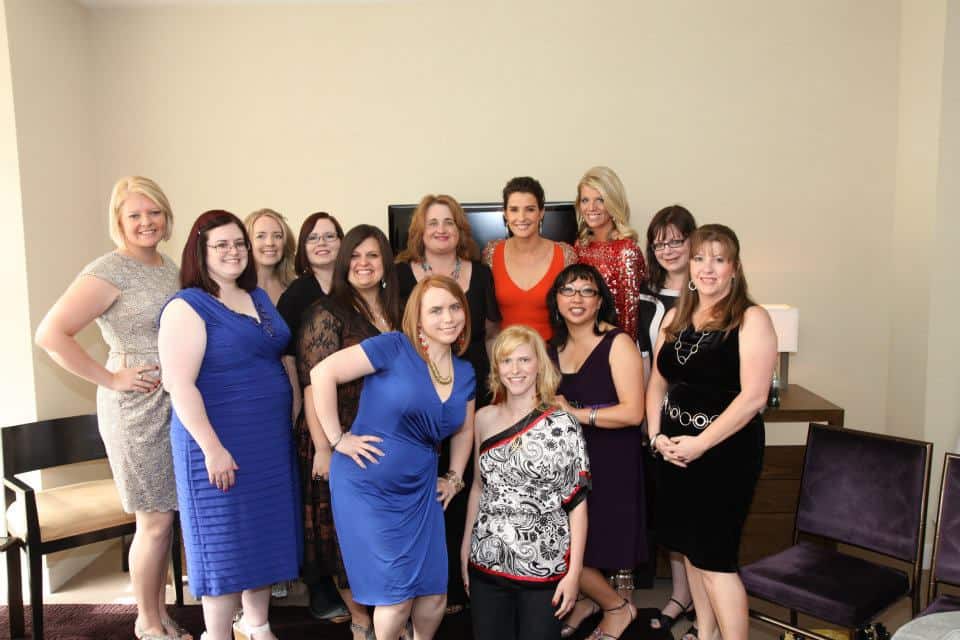 Tell us about your character Maria Hill

Maria Hill is a high ranking office and works for S.H.I.E.L.D under Nick Fury. Maria commands the Helicarrier and is portrayed as bit of a taskmaster.

When I got this role, I started reading all the comic books, blogs, and things that everyone had to say about her. I was trying to learn as much as I could. People were describing her as the biggest “B” in the world. I hated that. It’s like, if you are a woman in a powerful position, you get labeled a “B”, but if you are a man in a powerful position, he just gets to do his job.

It was kind of cool to approach a role with a stigma behind it and just kind of own it, in a sense, especially with Maria Hill and how she works with Nick Fury.

Nick Fury is like the Avengers initiative and bringing all these superheroes together on an emergency basis. Maria sees this as a huge threat and putting humans lives at stake — especially having the Hulk on the Hellicarrier. So Maria sort of butts heads with Nick, but in a great way. She kind of helps bring him back down to Earth.

I am so sorry. That was like the longest answer ever! I just finished a press tour and I talked the entire time, and then I haven’t talked hardly at all in the last three days. I’ve just been a mom so I’m like blah, blah blah — excuse me! 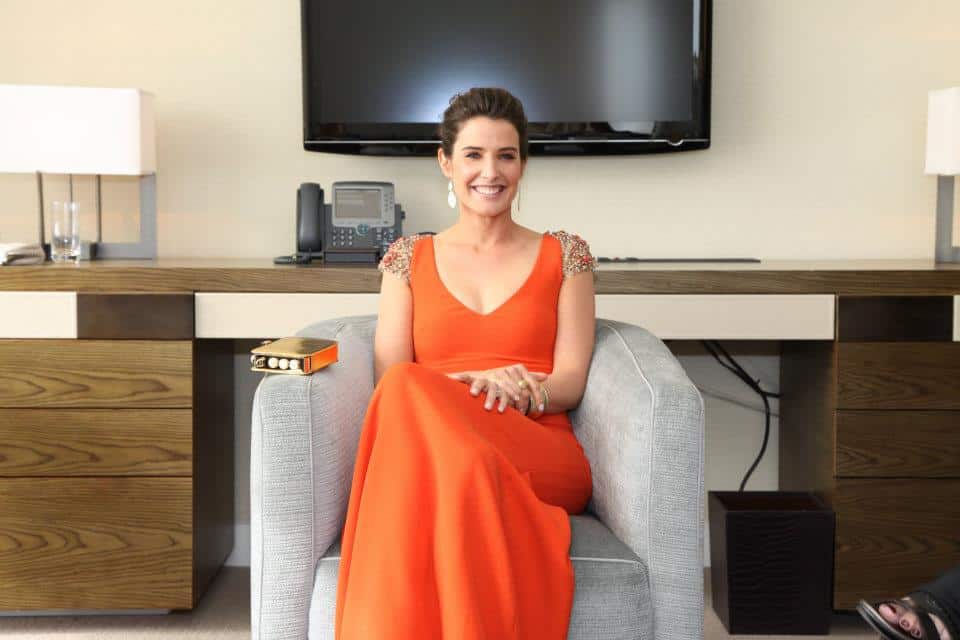 Since this is an action movie, did you have a lot of stunts to do and what was the craziest?

The cool thing was is that when I first got the part, I hadn’t even read the script yet. I got the script after I did a chemistry test with Samuel L. Jackson. I read the script and thought to myself, “I’ll be making like lattes for Nick Fury or something” or be working on the computer screen or just be in the background somewhere.However, after reading the script, I saw that I would be doing a lot more and it just kind of grew from there.

At the beginning of the film, it sort of opens up with this huge car chase sequence, and it was the hardest thing I have ever had to do actually. I’ve never done driving under extraordinary circumstances. It felt a bit like dance choreography. You have the directors telling   you that you are like driving and a car hits you from the side. Then they tell you to move your body this way and then that way and then you slam the car into second gear. At that point, they tell you to take your gun, hit the windshield and bust it out and start shooting until you run out of bullets and then throw the gun down. Then you peel out. At the point, the director is like, “And –go!”, and you are like “What?” That was the most challenging thing for me.

I came into this part and I wanted to do so much so I did all of the training. I was boxing three times a week, training in Martial Arts, doing some Tai Kwon Do and Jujitsu and hired a guy out of L.A. who actually trains SWAT teams to get more familiar with weapons and to feel comfortable holding them and shooting them, which I’d never done before. I wanted to be ready for anything and I was happy that they gave me some stuff to do, especially not being a super hero, you know.

You’ve worked on “How I Met Your Mother”. Did the cast have any words of wisdom for this film?

Yeah, it wasn’t a question of words of wisdom, it was just a blanket statement of like, “you’re so lucky”. 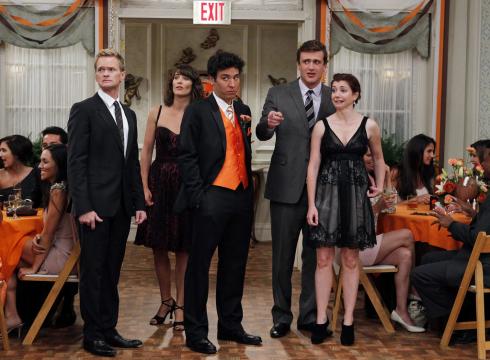 I’m so excited to get to work with him (Joss Whedon), because he truly is like an actors’ director.  He took so much care, especially with me playing Maria Hill, who is a new character.  He knows so much! I mean he’s a fan boy —  he knows everything there is to know about comic books, and was  a kid, at Comic-Con from its inception, you know.

Joss knew so much about Maria and about S.H.I.E.L.D. and he was there from the get go, really. I saw Allison on set and told her I was going in today for the Avengers film that Joss is directing and she was like, “Oh my God”!  She texted him or called him and said, “Cobie went in and read today, make sure you go in and see the tape”. I’ve known Joss mainly from going to their house for birthday parties and such. So, the cast was just excited for me to get to work with them.

Were you an Avengers fan before you did the film?

I mainly knew Tony Stark/Ironman from the previous movies and some of the comic books.  My fiancé is like a huge comic book guy.  So I would pick them up but I wasn’t like a diehard Avengers fan.  I knew about them, and I knew sort of who was involved and what they could do, you know, what their powers were, but it wasn’t really until this film that I  took it on.

I had been a fan of the different comic series like The Last Man and Fables and, more sort of the modern stories that have come up, but not so much the Avengers.  But now, I’m pretty much a diehard fan.

They got really angry at me downstairs because I was like — I’ve got a room full of ladies and I’m running late!

It’s so funny, when I got hired they were like, oh boy, wait ‘til Comic-Con, it’s going to be crazy! People are going to be insane, and I have had only positive experiences. I’m sort of feeling myself  opening up slowly to it, where before I kind of came in a little bit scared and, uh, very reserved! I recently joined Twitter (@cobiesmulders).  It’s something that I fought against for a really long time, because I read all these positive things and one negative thing and I will walk away with the negative thing, you know?

It’s so cool being a part of this movie. You guys will see tonight — the movie is so good, and I’m not just saying that because I’m promoting it.  I just saw it for the first time and I was totally blown away, like I thought, I knew it was going to be good, because of everyone involved, because of what we did, and because of Joss filming, and Marvel, their technology.  The fans are so happy with it, and so excited by it.  It makes everything easier, you know? You’re not confronted with things like, ” Maria Hill in the comic books, wore a black and white costume– why are you wearing a blue one?” Everyone’s just happy with it, so it makes it easier.  Everyone has been lovely.

What would you say in the film appeals to families?

You know what I like about this film? It’s kind of a dysfunctional family, like it’s the way that these — all these sort of separate superheroes have to come together to succeed.  I feel like they’re sort of like a team, a family dynamic within that- and it’s cool to see them rise above their personal issues, and sort of accomplish the goal.

How is this similar to your family and the TV show?

It’s hard to say, because, you know, going back to the first year of filming How I Met Your Mother, there might be more similarities.  But we’ve been working together for seven years.  I mean I’ve spent more time with the cast, crew, and our writers, than I have with anyone that I went to high school or college with or anything.  You know, it’s such a strong family dynamic there, it’s sort of hard to compare it to anyone else. But it’s been really nice doing this gigantic press tour with everyone.

I know when we were shooting the movie, I would come in here and get to work with this person and then they’d shoot all the action stuff and then I’d kind of come back, so it’s been nice actually hanging out outside of the set and getting closer with everyone.  But it’s been pretty different all around.  But interesting.

The Avengers opens in theaters everywhere on Friday, May4th. Go watch Cobie in action as she sets the bar high as  S.H.I.E.L.D. Agent Maria Hill. I promise you will love every single minute of the movie!

Thanks to Disney for providing me an all expenses paid trip to see The Avengers, walk the Red Carpet and to meet Cobie Smulders in person. All opinions listed here are my own.