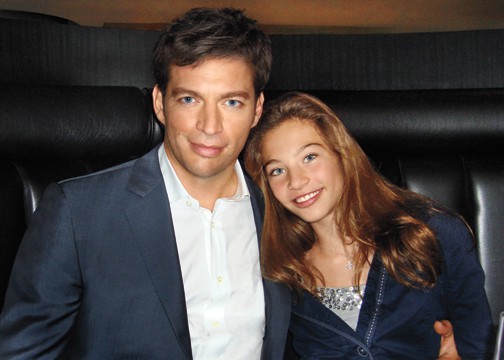 As parents, we all want to instill a sense of heritage into our children. Whether we’re starting from scratch, hoping to create a new story for our kids or we’re drawing from the past and passing history on to them, we all want to send our offspring into adulthood with a sense of identity.


For Harry Connick Jr., the desire to share his love for the city of his youth and the culture that nurtured him into the man he is today only heightened six years ago when Hurricane Katrina wiped out New Orleans in one fell swoop.

“I think [passing on heritage] is paramount,” Connick says, “and that’s why I take my family to New Orleans regularly. Growing up in New Orleans, the culture was so much a part of the fabric [of life] down there. It was so interwoven into everyday life that you didn’t even think of it as heritage and culture. It was just part of the norm.”

After Katrina hit, there were so many questions as to whether or not that heritage and culture had been permanently silenced, but Harry Connick Jr., along with many, many others, had a different vision. And now, six years later they are on the cusp of seeing that dream realized.

On August 25, the Ellis Marsalis Center for Music will open it’s doors in the heart of the newly completed Musician’s Village in the Upper Ninth Ward. “There’s never been a facility like the Ellis Marsalis Center for Music in New Orleans,” Connick said, his voice swelling with pride. “Not in physical structure or content. I don’t really have words to describe how important it is to me to be able to carry on the continuum of the traditions that we have in New Orleans. This couldn’t have happened without huge amounts of supports.”

One of the big supporters in this dream come true has been American Girl. Not only have they introduced two new dolls with back stories from historical New Orleans, but they have also teamed up with Connick and his thirteen year old daughter, Kate, to bring a unique and one of a kind American Girl best friends song to little girls worldwide. With all the proceeds from the sale of the song going directly to the Ellis Marsalis Center for Music, Kate Connick now has the rare privilege of passing on the deep culture of New Orleans to all the little fans of American Girl. 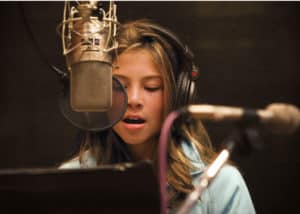 “[This whole process] has been really fun,” Kate says with a poise that belies her age. “Getting to work with my dad has been so great. He is such an amazing teacher and I just don’t know anyone like him. He’s such a big influence on me and New Orleans. So many people look up to him and everything he does is so great. It’s wonderful being able to do something good for New Orleans. It’s been so special to work on this song and have the proceeds go to charity. I’ve watched my dad growing up and his work and all I’ve wanted to do is follow in his footsteps.”

And following in his footsteps is exactly what she is doing.

From the American Girl press release: For the first time in American Girl’s 25-year history, the company is introducing two different historical characters, Cécile Rey™ and Marie-Grace Gardner™, in one six-book series set in 1850s New Orleans. The new characters—one African American and one Caucasian—show the power of friendship and community as they reach across the boundaries of race and class to help their families, friends, and city during a time of great need. To celebrate Cécile and Marie-Grace’s debut and the rich musical tradition of New Orleans, American Girl has partnered with 13-year-old Kate Connick and her father, world-renowned musician and actor Harry Connick, Jr., to create an original song—“A Lot Like Me”—with all proceeds benefiting the Ellis Marsalis Center for Music in New Orleans.

Available exclusively on itunes in the month of August, “A Lot Like Me” shows girls the”importance of looking within to find the true meaning of friendship.”

“I have a lot of friends who look and talk different from me,” says Kate, “but I think it’s what’s underneath that matters and I think it’s the story of their friendship that’s really important.”

To take part in this unique and fun fundraiser, you can download the song “A Lot Like Me” by visiting the American Girl website. While there, you will also want to look at the new dolls and all their lovely accessories. I will warn you, though – doing so will send you into a tizzy of girlishness and you will probably squeal, clap your hands and sigh several times over.