We welcome Erin as today’s Guest Contributor here at 5 Minutes for Mom. Erin is a wife, a mother, an ambitious career woman, an editor, and now a blogger. She is writing for her daughter so that she might truly know her some day. You can find Erin on her blog, A Book for My Daughter and on twitter @Book4MyDaughter.

Sometimes I look at my daughter and I see the teenager she will someday be. It isn’t a clear picture — I have no idea what she’ll actually look like, and I have a very hard time picturing her taller than me — but I sometimes envision a teenage girl who will want nothing to do with me. My future daughter will find everything I say to be completely wrong, and she will spend all of her waking moments — when not in school — in her room talking to friends or on the computer. Life with my daughter as I know it will have come to an end, and she will no longer want me around. This is my fear, and something that I sadly believe will more than likely come to pass.

Because of my absolute phobia of the teen years, I have sometimes taken a possibly odd tactic when it comes to parenting her. It may sounds strange, but I tell her about my fears, not in a “please don’t do this to me” kind of way, but in more of a questioning sort of way, like “When you are older, are you going to make me walk 10 feet behind you at the mall?” She usually laughs at my questions, and I smile inside knowing that she finds the idea of it somehow difficult to imagine. Part of me is just trying to prepare myself for the inevitable, while the other part of me prays that by telling her how she’ll behave, she somehow won’t do it just to prove me wrong.

Up until my daughter was about ten—maybe a year ago or so,—I had a nighttime rule that the living room became a “child-free” zone at 8:00 pm. I didn’t mind it if the kids stayed up watching television in their rooms, but I desperately needed some time to myself—my husband didn’t get home from work until about 10:00 each night—and I would look forward to an hour or two without anyone asking me for anything. 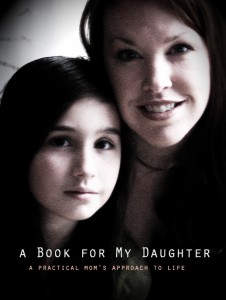 Even with that rule in place, there were many nights when my daughter desperately wanted to stay up with me, wanting to watch something that I would otherwise have DVR’d for us to see the next day. She would come into the living room and ask me if she could spend time with me. I was adamant about my “alone time,” so I would say no, and she would slowly drag herself back to her room. If either of the kids came out a second time, then the threats would start: “If you come out once more, tomorrow night you’ll be going to bed at 7:00!” It usually worked, and the rest of the evening would go by quietly.

I will be honest, I didn’t feel guilty about sending her away, I know that the quiet helped me regenerate my burned out body and mind for the next day’s work, and to prepare for life in general. This is how life used to be.

Giving up my time for time together

One night, maybe a year ago, I was about to send her to bed when I looked at her—I mean really looked at her—she had changed so much. She was growing so fast, and it suddenly occurred to me that the teenager I feared was closer than I had realized. At that moment, what I wanted more than anything in the world was to hold onto her youth, her sweetness, and her desire to be with me. So, I have given up my time to myself in favor of watching television with her in the evenings, listening to her insightful commentaries, and laughing at her occasional interpretive dance to the songs in commercials. Each evening I am thankful that I have been given one more night with her in which she still wants to spend time with me.

My advice to my daughter is to recognize the times in her life that are fleeting—those moments that will eventually end—and to cherish them, enjoy them, and most of all to not be afraid of them coming to an end, as ultimately they will become a part of her. 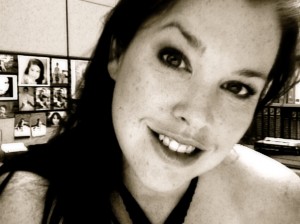 My resume could read: wife for 12 years, mother for 11, editor for 10, digital product manager for 1, and now blogger for 2 months. In the years between being a student and being a wife, I lived and taught in Istanbul, Turkey—a city that changed my life in unbelievable ways. It is there that I met my husband—the father to our two amazing children—and that I first started to truly live my own life.

A few years ago, my then eight-year-old daughter told me that she wished I could write down all the things I told her so that she wouldn’t forget them when she got older. In that moment, my daughter gave me such a sense of validation, something I hadn’t really experienced in that way. As parents, we don’t often receive confirmation from our children that we are doing a good job, or that we even know what we are talking about. Since that time, I’ve started to pay more attention to the things I tell her, often thinking to myself “Will she remember this when she is older?” So, this is for her, my words of advice to be read, thought about, laughed at, and maybe even used, when she is older.