Whenever Oscar® nominees are announced, I realize I need to get out more. 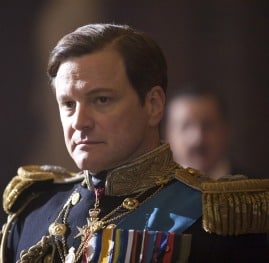 I have only seen 3 of the 10 movies that have been nominated for Best Picture. I loved The King's Speech, I enjoyed The Social Network and was impressed by Inception.

Now that I’ve been tempted further by the Academy Awards® 2011 Oscar®Nominations List, I really want to see Black Swan and The Kids Are All Right.

I am thrilled to see Toy Story out playing with the Big Kids… heck they’re even wrestling with Fighters, Dancers and Kings… not to mention smarty-pant Harvard students.

But I admit, I haven’t seen it yet. No, no… stop yelling at me… the reason I haven’t seen it yet, is that I’m saving the Toy Story series of movies to watch with my girls when they are old enough to enjoy them. My Sophia is 3 and Julia is 5 and they are both ultra-sensitive to movies and I don’t think they are quite ready for it.

Best Picture Nominees — Which Have You Seen?

Do you have any favorites you’d like to see win?

While I’d love to see our Disney friends win with Toy Story 3 for Best Picture, I don’t think they’ll take that particular prize home. I’d be happy to see The King's Speech win Best Picture and if Colin Firth doesn’t win Best Actor in a Leading Role, I might shout at my TV a little.

Who do you think will win?

I’m not very good at predicting, especially since I’ve only seen a few of the films. But what about you?

Written by Susan, co-founder of the Mom Blog, 5 Minutes for Mom
Tweet with me @5minutesformom