We have two lucky winners to announce today. 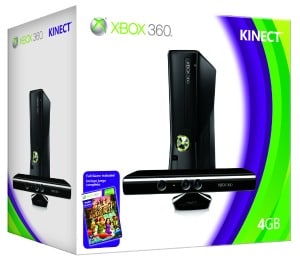 Easy to use and instantly fun, Kinect gets everyone off the couch moving, laughing, and cheering. See a ball? Kick it. Control a HD movie with the wave of the hand.

Want to join a friend in the fun? Simply jump in. Wi-Fi is built-in for easier connection to the world of entertainment on Xbox LIVE, where HD movies and TV stream in an instant. Xbox 360 is more games, entertainment, and fun. Price: $299.99

Congratulations to comment #130, David. You gave won an Xbox 360 4GB console with Kinect. An email has been sent your way with instructions for claiming your prize. You can also email us at info(at)5minutesformom(dot)com. 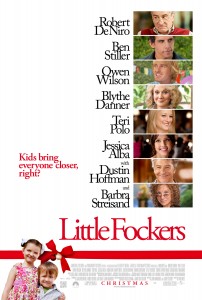 It has taken 10 years, two little Fockers with wife Pam (Polo) and countless hurdles for Greg to finally get “in” with his tightly wound father-in-law, Jack. After the cash-strapped dad takes a job moonlighting for a drug company, however, Jack’s suspicions about his favorite male nurse come roaring back.

When Greg and Pam’s entire clan—including Pam’s lovelorn ex, Kevin (Owen Wilson)—descends for the twins’ birthday party, Greg must prove to the skeptical Jack that he’s fully capable as the man of the house. But with all the misunderstandings, spying and covert missions, will Greg pass Jack’s final test and become the family’s next patriarch…or will the circle of trust be broken for good?

Congratulations to comment #70, Kimberly. You have won a $50 Fandango card (good at participating theaters) to see Little Fockers, or whatever you might like to see. We also have some fun Little Fockers branded movie promo items to send your way, like t-shirt, hat, umbrella, snuggly throw (items may vary). An email has been sent your way with directions on claiming your prize. You can also email us at info(at)5minutesformom(dot)com.