Friday, February 12, 2010: A simply amazing day in the city of Vancouver. It was the final day of the 106 day Olympic Torch Run, ending inside B.C. Place Stadium with the opening ceremonies. Thousands came out to see the torch. Here are some of my pictures:

Here is a Russian Men’s Curler 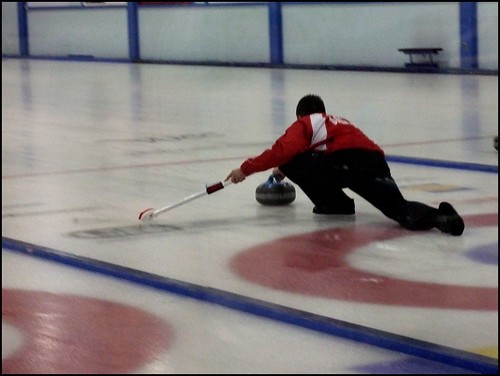 a Russian woman’s curler stands by watching and waiting. 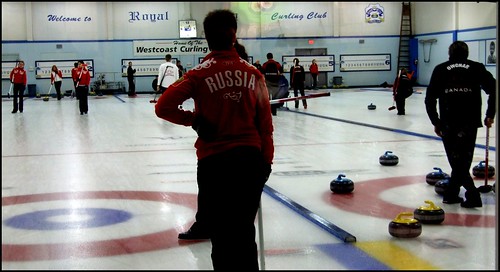 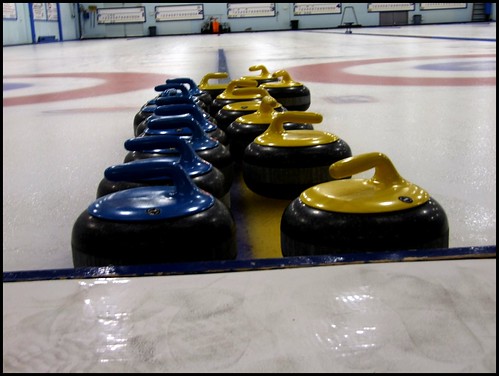 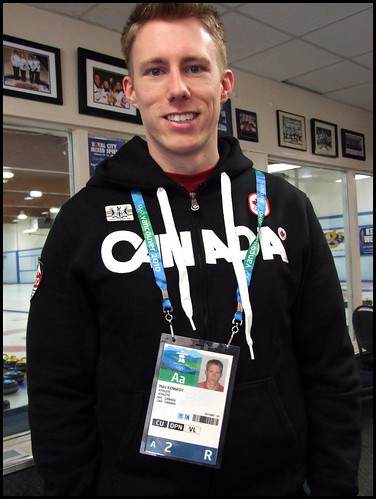 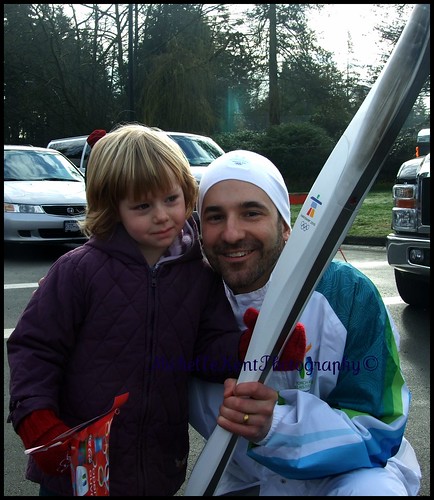 McKenna was able to hold an unlit torch with a torch bearer.So exciting…
The Torch Ceremony with the Mayor, and various dignitaries on the stage after the cauldron was lit from the torch. 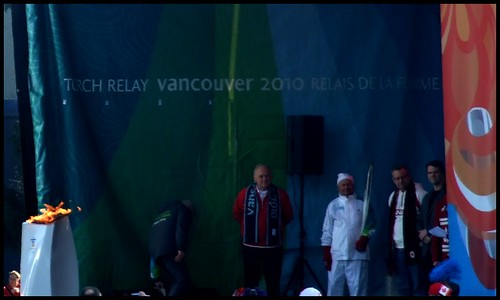 One of our torch runners being the much loved Dal Richards. He is 92 years old and he discovered Michael Buble!!!!

My Online Friend Susan is an official photographer so here is her flickr link http://www.flickr.com/photos/susangittins/, Simply amazing pictures !!!

I would like to extend my deepest sympathy to the Family of Georgian Luger Nordar Kumaritashvili who tragically lost his life during a training run on the track at the Whistler Sliding Centre.