Baking with my Kids

As all you Americans noshed on pumpkin pie Thanksgiving weekend, I tweeted my envy. Canadian Thanksgiving is in October and it has been weeks since I indulged in one of my most favorite treats, pumpkin pie.

My hubby gave in to my craving and went and picked me up some pumpkin pie that weekend, but I could eat pumpkin pie for four months straight! So one pie did not satisfy my cravings. No, I wanted more…

The only problem is that I hate wasting the extra calories eating pre-made pies. Before I had kids, I always made my own pumpkin pies, (although I cheat with pre-made crusts.) When I make my own, I can use Fat Free condensed milk and reduce the sugar!

I was also determined to try out a whole wheat crust too. But, neither the Walmart nor our regular grocery store had whole wheat pastry flour, so I decided to just take the easy route and purchase the frozen pastry shells.

I would love to report that I made my pie from fresh pumpkin, but alas, it was canned for me.

Because the REAL tackle here was not the pie, but that I was making it with three young helpers, Susan’s daughter, Julia, and my kids, Olivia and Jackson.

It was after bath time and right before bed, before I finally got the pie making started. I was so determined to eat my pie that night, I refused to give in and wait until the next day.

So this tackle was about little hands and cranky kids all clamoring to “help.”

But we had fun — and every day since Olivia asks to make pumpkin pie. We have made it once more since I photographed this tackle. And on Christmas Eve, we will tackle pumpkin pie making again for Christmas dinner. We simply must have pumpkin pie!

As I said, because I wanted a low fat, low sugar pumpkin pie, I used fat free condensed milk and I even used sucralose since this pie was primarily for ME! For the two pies, instead of using the 1.5 cups of sugar called for, I used 3/4 cups of sucralose. It ended up tasting sweet enough for me, but for Christmas, I will use brown sugar but still reduce it to 3/4 cups for two pies.

Here is a taste of my pie making tackle with my little helpers: 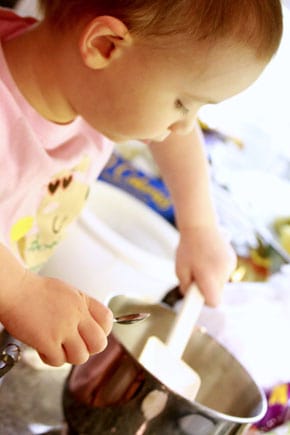 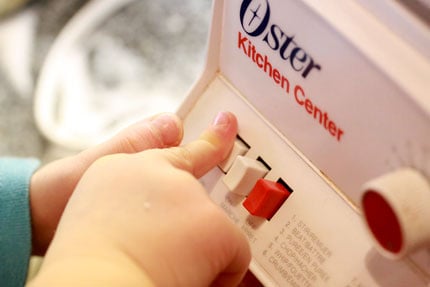 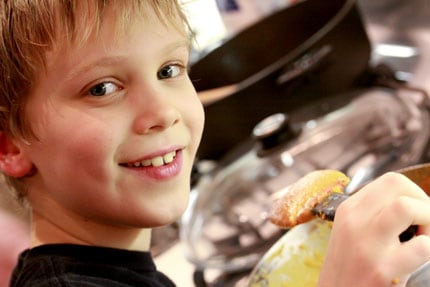 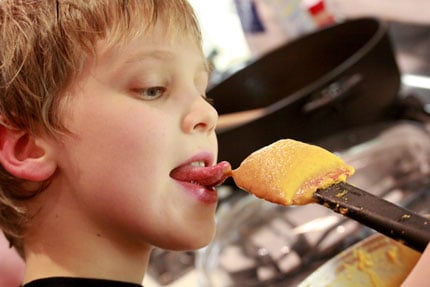 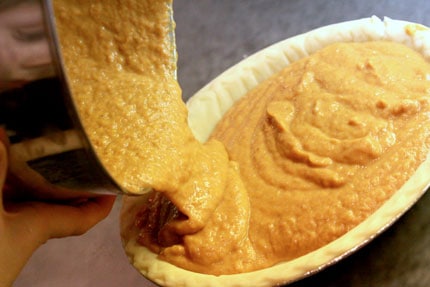 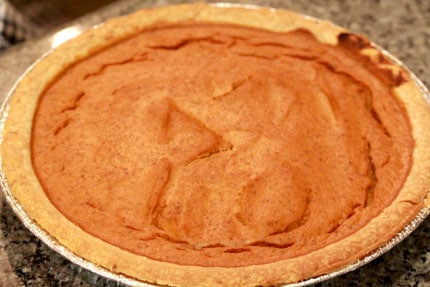 (By the way, another exciting update is coming soon… as per doctor’s orders, Janice got Jackson a dog… the big introduction will come Tuesday afternoon.)